For some couples, living together seems like a logical step in their progression towards marriage and may be surprised to find that studies do not bear this out.

This optional segment covers cohabitation and what studies have shown to be problems associated with cohabitation. Dr. Healy walks couples through the steps to commitment and shares ways to have your actions match your beliefs as the two of you enter into Catholic marriage equal in dignity, authority, and power. 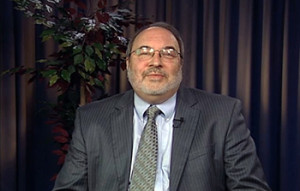 James Healy, PhD, is the Director of the Center for Family Ministries of the Diocese of Joliet.

Dr. Healy is a popular speaker on marriage and has in over 70 dioceses across the country. His marriage preparation and enrichment booklets and CDs include How to Get Married and Stay Engaged CD and Living Together and Christian Commitment (which is a free downloadable with this program), and his materials are used by dioceses, parishes, and couples throughout the United States and the world.

He has written for such magazines as Family Perspectives, Marriage, Liguorian, Catholic World, and Deacon Digest and is also an online contributor to the Catholic Bishops’ marriage website: www.ForYourMarriage.com.